THE PARTS OF SPEECH

Although English has hundreds of thousands of words, every one can be placed into at least one of eight groups, or classifications. The system of classifying words based on their function is known as the parts of speech.

The eight parts of speech are:

Learning about the eight parts of speech will help you understand the grammar explanations of some of the mistakes you make and figure out how to correct them.Because some words can be used in several different ways, you have to look at what a word is doing in a specific sentence before you can classify it (name its part of speech). For example, look at these sentences.

He ran fast so he wouldn’t be late. (describes how he ran...adverb)

They will fast to raise money for UNICEF. (tells about an action...verb)

Their fast lasted for three days. (names a thing...noun)

The word “fast” is spelled the same, but it functions differently in each sentence. 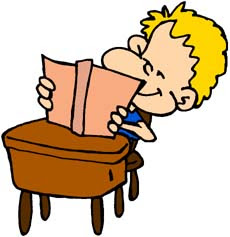 Although you do write “good sentences” most of the time, you may make a few mistakes. Studying grammar is really just learning a new vocabulary so that you can talk about and learn how to correct these mistakes. Understanding grammar also helps you write new kinds of sentences that are more effective and more persuasive.

Speaking and writing correctly are very important. Usually the first impression someone, including a possible employer, has of us comes from what we say or write and how we say it. People judge us and our abilities by the way we use the language. For example, some people say “He sure done good!” or “He should of went to the dance” or “Hunters didn’t shoot a big amount of deer this year.”

While the meaning is very clear, the way it was said (or written) may encourage others to think that the speaker/writer probably doesn’t have much “schooling” or else isn’t very good at expressing him/herself.

This module gives you a chance to find and correct any grammar mistakes you may be making. Unless you correct those errors in grammar, you may be unfairly judged, and your true abilities may go unrecognized.

Dictionaries define grammar as the rules and explanations which deal with the forms and structure of words (morphology), their arrangement in phrases and sentences (syntax), and their classification based on their function (parts of speech).


Look at this picture, and then write a simple sentence (about 6 or 7 words) to explain what you see. Be sure to write the sentence in your notebook. 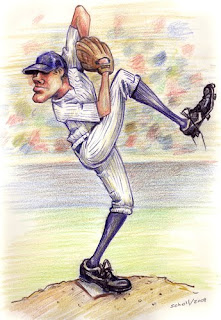 1. The man is throwing the ball.

2. The pitcher is going to throw the ball

3. The ball is being thrown by the pitcher.

Whatever you wrote, it probably include the word ball, the action throw, and a word that meant a man. You certainly didn’t write:

Ball throwing man the the is

That wouldn’t make sense and people hearing or reading your message would be confused. You wrote the sentence the way you did because you already know and use the basic rules of grammar.

Here’s what probably happened at lightning speed in your head. First, you saw the picture, and your brain understood the ideas the picture presented. Then you thought the names (vocabulary) for the things you just saw and arranged them (syntax) in an understandable order. Finally, you translated each sound in each word into letters (spelling) and wrote the entire sentence. In fact, you probably started your sentence with a capital letter and ended it with a period (punctuation). You see you really do know lots about grammar!

THE IMPORTANCE OF ENGLISH 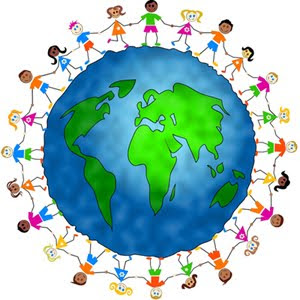 
English can be used as a language in any part of the world. This is because at least a few people in each locality would know the language. Though these people might not have the same accent as others, the language at least will be understandable. There are various reasons for the importance of English language. They are listed below:


1. Travel: When a person travels to another part of the world either for the sake of business or even as a tourist, the languages may differ. In these conditions, English is the language that helps people to deal with the situation. It is like a universal language.


2. Same country: In countries like India, where the land is so vast with people of various cultures live, the languages of each part of the country also differ. Under the circumstances, English can be the only link as people in each place will not be able to learn all the other languages to communicate with the people. English bridges this gap and connects the people.


3. Education / Studies: The presence of English as a universal language assumes importance in the fact that more and more people leave their countries not only for the sake of business and pleasure, but also for studying. Education has increased the role of English. People who go to another country to study can only have English as their medium of study. This is because the individual will not be able to learn a subject in the local language of the country. This again reinforces the fact that English language is very important.


4. Correspondence: All correspondences between offices in different countries and also between political leaders of various countries is in English. This linking factor also tells of the importance of English language.


5. Internet: In spite of the growth of Internet in various languages, English is the mainstay of the Internet users. This is the language in which most of the information and websites are available. It is very difficult to translate each and every relevant webpage into the language of various countries. With Internet becoming very important in E commerce and also in education, English language is bound to grow. Thus the importance of English as a language is emphasized.

The future of English as a language is very secure. In this era of consolidation and trying to unify various aspects of life, it will not be long before English can be made as a single language of the world like the single currency and the union of various nations.